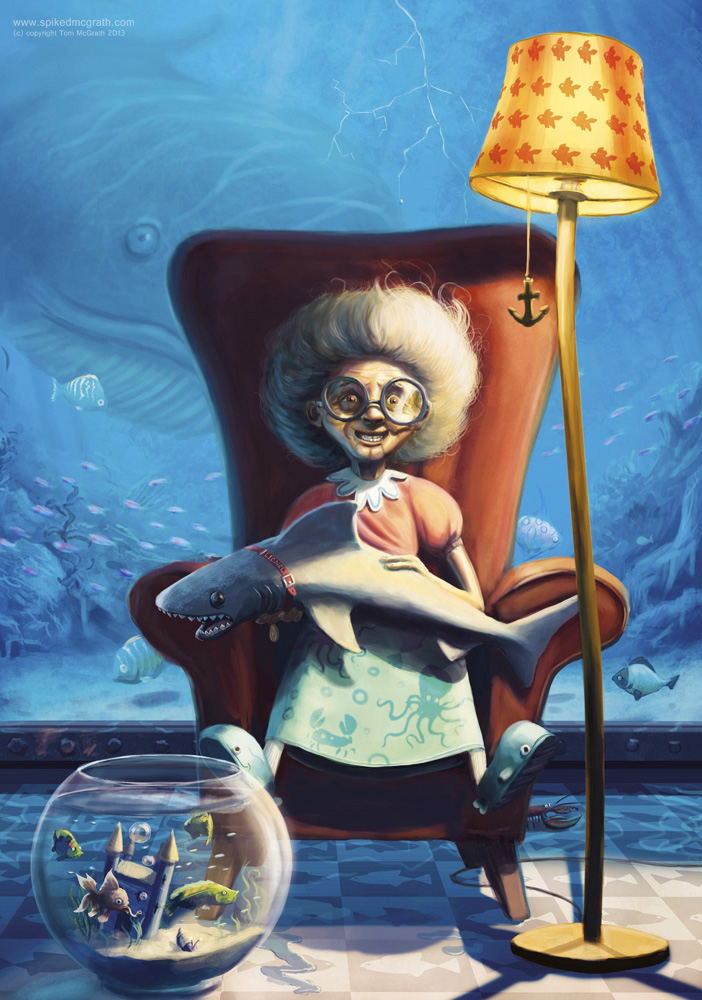 Gill the Queen of fishes

At the top of a hill, in a house on the cliff
Overlooking the vast sapphire sea
Lived a lady called Gill
Regarded still, as barmy as could be

For it was Gillian Finney’s greatest wish
To own one of every single fish
The fat, the thin, the square, the big, the really small
Even those shaped like a dish, the crazy lady wanted all!

Come rain or shine or storm or hail she’d sit beside the sea
With a butterfly net getting rather wet and then go home for tea
Her catch she’d place in tanks of every shape and every size
The poor souls that she’d caught before would end up in fish pies.

One successful sunny day she caught a massive whale
She rolled her sleeves up, held on tight and dragged him by the tail
When she reached her house atop the hill and in his tank he went
She was far too tired to notice that that the floor had somewhat bent

Cascading down with Gill came every fish and every tank
And as she hit the water neath the cliff and promptly sank
Ironically her thoughts took on a slightly new direction,
That maybe she could now
Somehow
Be part of whale’s collection?