I’ve completely fallen in love with a new method of creating artwork: collaboration.

I have to say I didn’t come up with the idea myself, I nicked it from people more creative than me: http://crookedfaces.blogspot.com/2011/11/coop-artwork-heroes-of-valley.html

I convinced a good friend that we should give it a go and make a collaborative piece. the rules were simple, one of us would paint a few random marks on the paper and then send the picture to the other who would then interpret the marks how they liked by adding to the picture, we both had to keep adding to the picture until we reached a complete piece of artwork. Also, no communication about the artwork or the process, only intuition. this is what we ended up with:

I have to say I’m really pleased with how it worked out. It was incredibly good fun, and I think the results speak for themselves. I was also impressed by the fact that we completed it so quickly. We calculated that overall it could only have taken us 15 hours or thereabouts, which is less than half the time would usually take on a picture on my own.

I enjoyed the process so much I asked my little sister (aged eight) if she wanted to have a go at one too. She said yes, here’s the results: 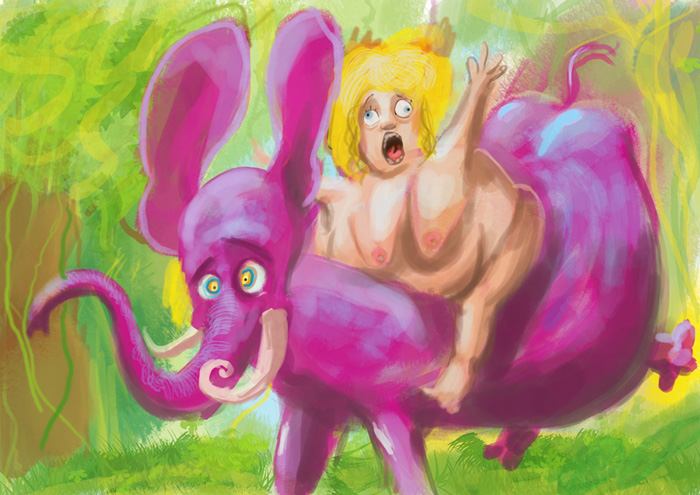 She had more input than I did. Honest. In truth though I’m quite taken with it, I think it brings the best of both our styles to the piece.