Last year I had the pleasure of working on a project that is right up my alley- in that it involves airships, space and first world war battleships all mashed up into one absurd and imaginative universe. What’s not to like?
That project is Clockwork Armada- which is now launching  over on kickstarter 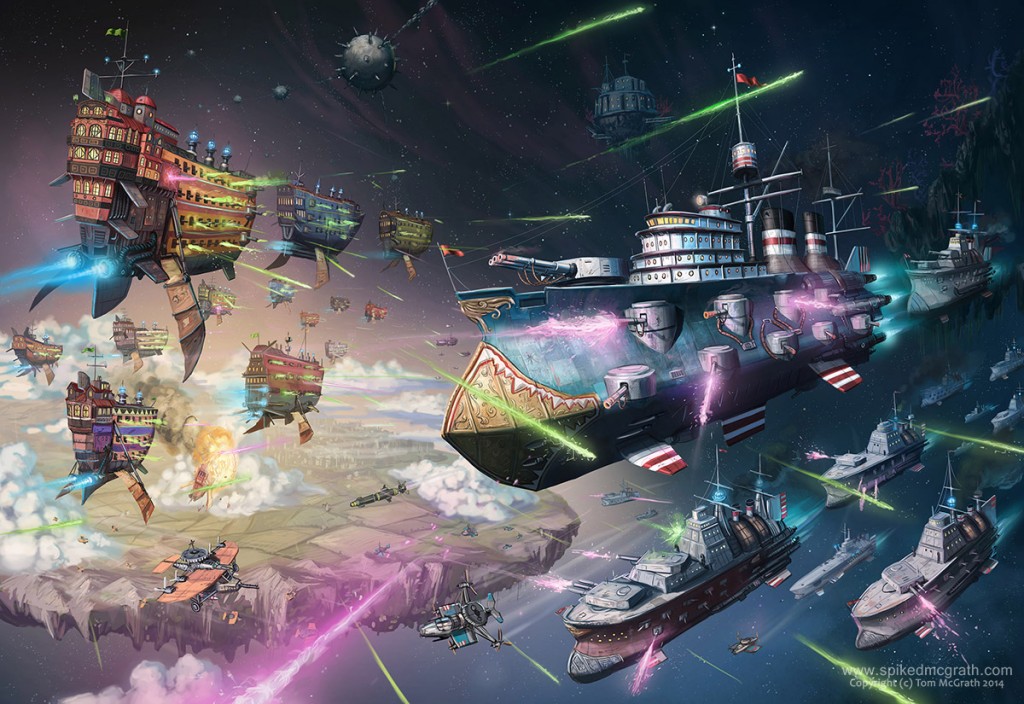 “Clockwork Armada is a tabletop miniatures game of space battles set in a fantastical alternate reality.  In this universe, planets are flat, and the laws of physics function on very different principles.  The upward rushing hurricane that makes up outer space is known as the deep sky, and strange alien life hides in the mists.  The battles that you take part in will act out the stories of the kingdoms and cultures that sail their clockwork ships between these worlds.”

If you’re a fan of steampunk, deiselpunk, Battle fleet Gothic or know someone who might be then you can check it out here: https://www.kickstarter.com/projects/1108024882/clockwork-armada