Work continues slowly (and when I get the time) on my passion project of recreating the town of Suran from the Elder-Scrolls universe. Looots to do yet, but I’ve recently passed a milestone of completing one of the most characteristic and recognisable elements- the siltstrider!

Here he is- waiting for passengers to the nearby city of Vivec, and other spots on the south coast of Vvardenfell. Why walk when you can ride? 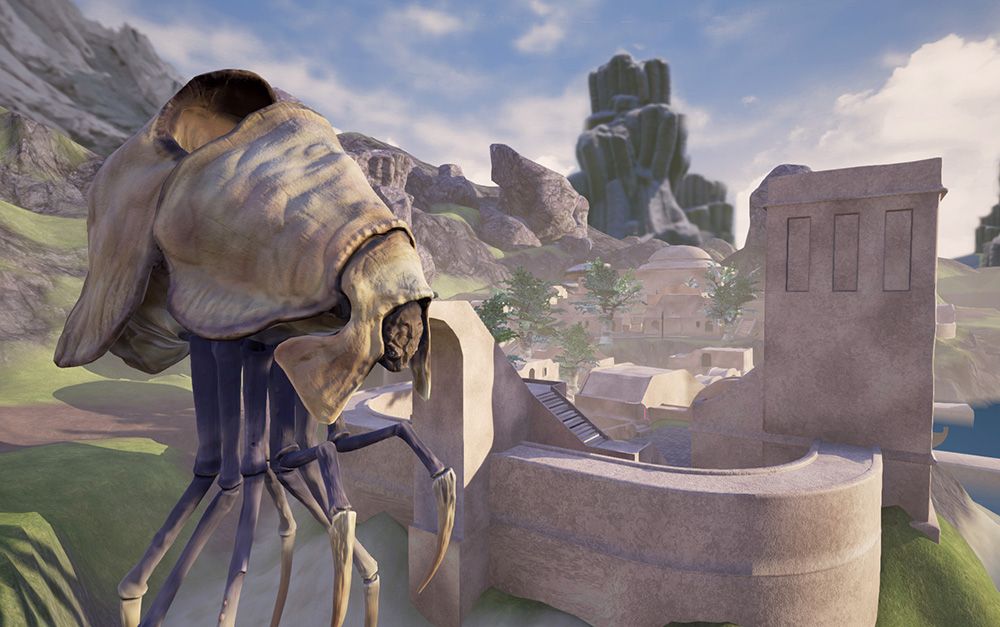 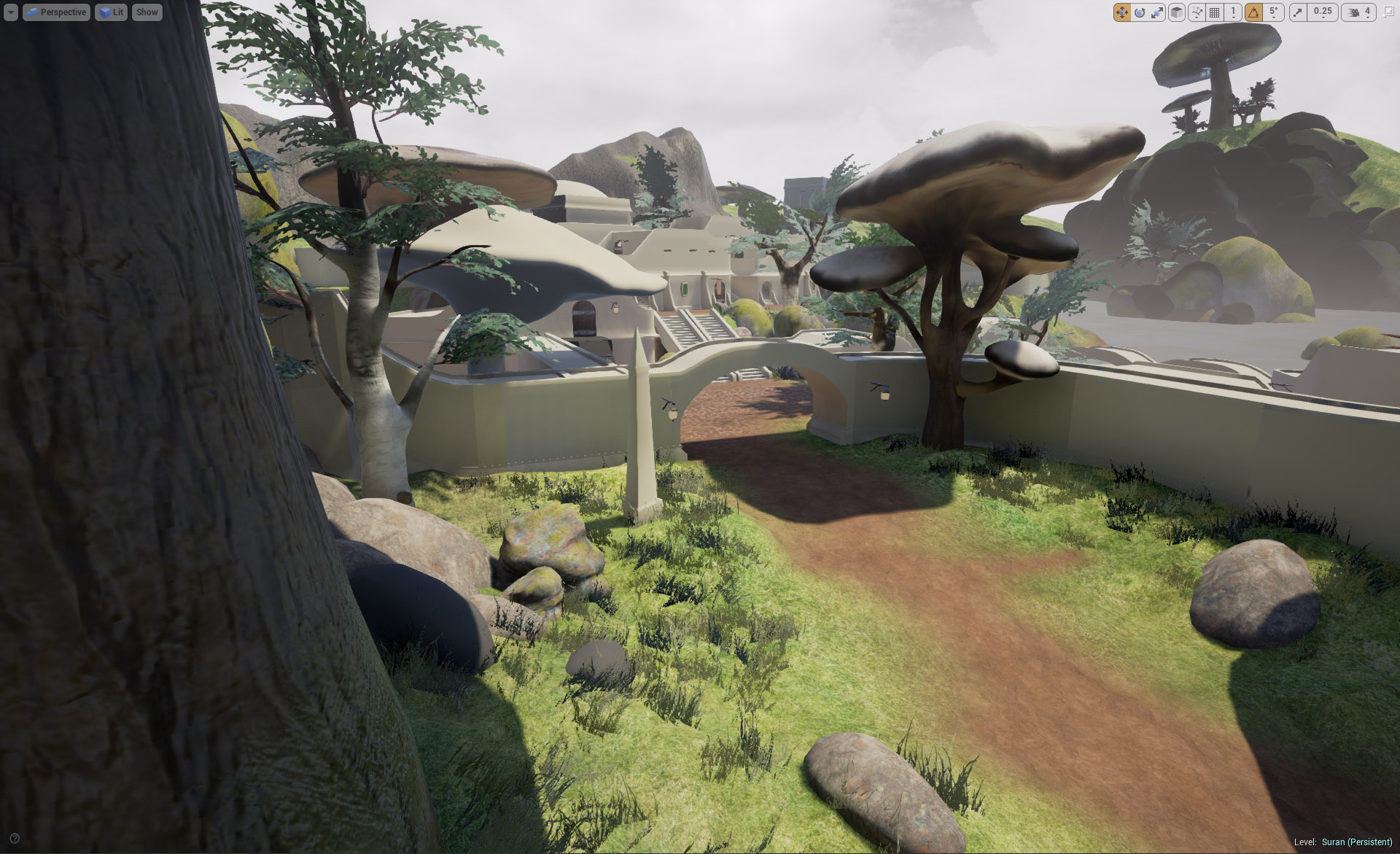 For those interested in this sort of thing- I’ve made a new sketchbook on Polycount.com to post my 3D artwork development. I’ve decided to invest more heavily in 3D from now on so hopefully I’ll have plenty to show there as time goes by.

The first thing on there is a rather ambitious project that I’ve been working on for the past month and a half. The plan is to recreate the fictional town of “Suran” from the game Morrowind in a more modern game engine (Unreal Engine 4)

What this means in real terms is learning a load of new techniques in 3D art then putting them to the test in recreating an entire detailed environment. There’s houses to build, trees to grow, cobbles to lay and a whole lot of placing, refining and adjusting after that. It’s all pretty ambitious for a noob like me but it should be a great way to improve I think. If you’re interested in that sort of thing you can follow along here: