It’s not often the ideal job appears, but I can honestly say that there’s very little else I’d rather do than be paid to make steampunk themed illustrations. This was one of those jobs.

With the recent release of Smokey Bastard’s new album; Tales from the Wasteland, I’ve been given permission to post the the artwork I made for it back in April. So I thought I’d take the opportunity to post a little bit of a step by step image showing how I did it. (Click the image to enlarge it)

This artwork forms the front cover of the album, however the entire album is illustrated so when you open it out you get a panorama of a wasteland with an airship flying into the distance. There’s also a double sided poster showing an airship dock and a cutaway plan of the airship. Basically- it’s awesome. Even if I do say so myself.

The first image in the sequence was actually drawn by Chris from the band so sadly I can take no credit for the idea nor the composition. The second sketch was my rough re-drawing of the original image in pencil.

The first monochrome image was roughly blocked out with the brush tool in Photoshop over the top of the scanned-in line art, then refined further to reach the third image.

Once I was happy with the tones and the forms I overlaid a layer of flat colour on overlay and started to paint the colours over the top of the tones. Admittedly this took me some time and didn’t look brilliant at the time, since I was new to the technique. I’ve got it nailed now though! The final image shows the completed artwork with a few colour edits and refinements. 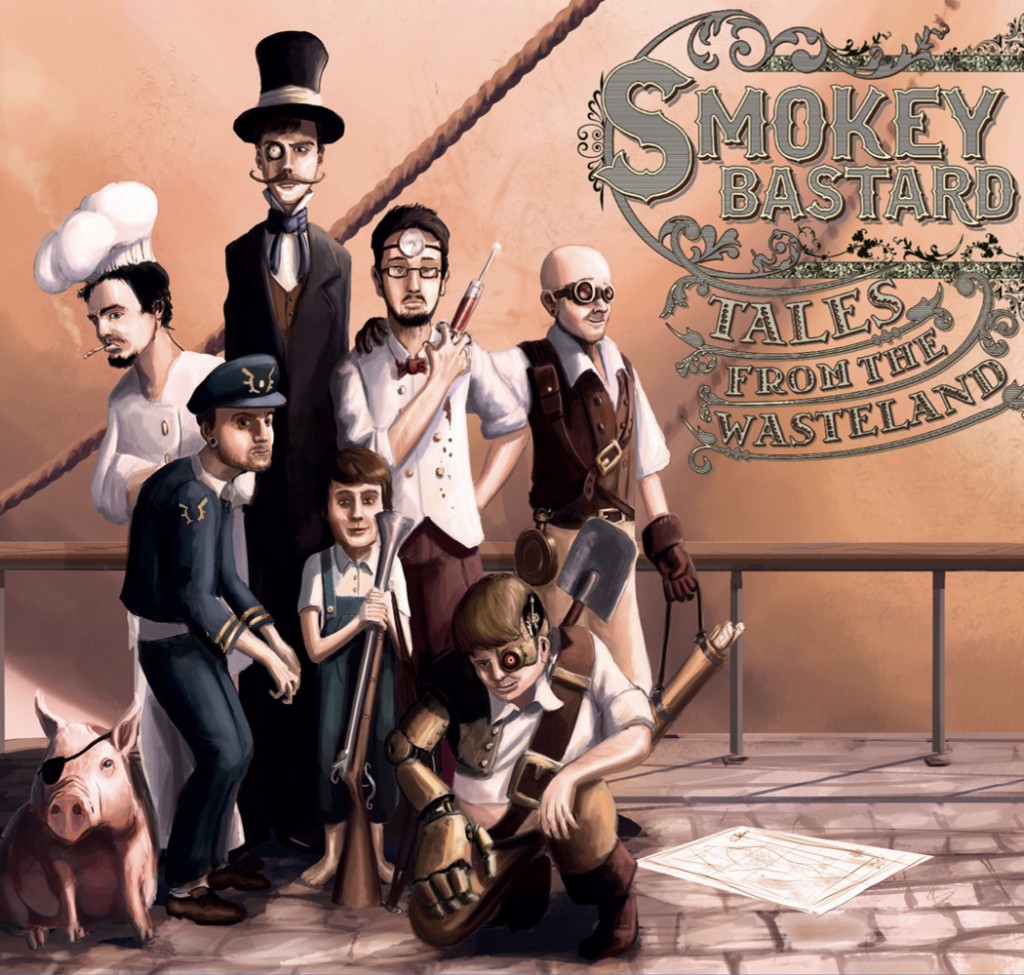 Observe the final cover artwork above! I’m afraid I can’t lay claim to the lovely Victorian text, that was the work of Stuart Smith.  Copyright for the above image belongs to Smokey Bastard.

You can buy the album here, which you should because it looks lovely and you can get a limited edition poster that I also did for the band
… Also, the music is very good.

In a few day’s I’ll post how I made another one of the images for the album.
Listen to some of the Tracks
SmokeyBastard.com
Buy the album