It’s based off an image I made back in college that was haunting me with its spirit of inadequacy. Consequently I had to remake it. Better. 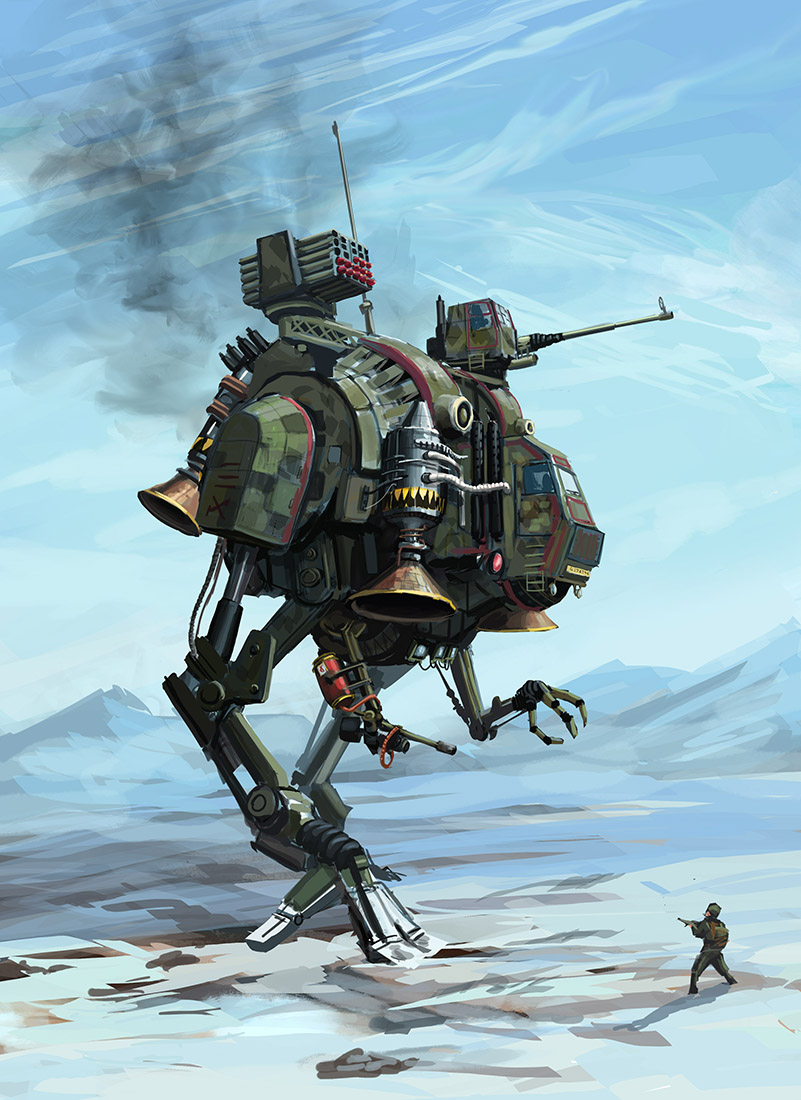 You can see the a few snapshots of the process behind this one in the gallery below, along with the old design I did back in college that served as the inspiration.

The initial inspiration- circa 2009

Part 5- I decided it needed camouflage

*1 some people would say it was “atompunk” but I didn’t know that particular subgenre of speculative fiction even existed until I checked Wikipedia after uploading it. The main thing is it isn’t Steampunk this time!